This guide is designed to help graduate and undergraduate students in the process of conducting and writing a literature review for any discipline.

What is a literature review?

Literature Reviews vary from discipline to discipline as well as across assignments, but generally a good literature review is designed to help you answer two questions:

Literature Review: To provide a case for continuing research into a particular subject or idea by giving an overview of source materials you have discovered on a subject or idea and to demonstrate how your research will fit into the the larger discipline of study by noting discipline knowledge gaps and contextualizing questions for the betterment of the discipline. Literature reviews also tend to have a stated or implied thesis.

An annotated bibliography is a formal list of citations with annotations or short descriptions and critiques of particular source materials. Annotated bibliographies act as a precursor to a literature review as an organizational tool. 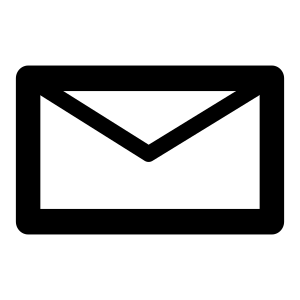 In order to find scholarly materials to use in your literature review, learn to search the library's databases effectively. EBSCOhost is an excellent place to start, as you can search several - or all - of the EBSCO databases (like ERIC, Education Full Text, and Academic Search Premier) at one time.

Here are a few ways to find scholarly material with MBU Library resources:

Interlibrary loan allows you to borrow or otherwise acquire materials not held by the Jung-Kellogg Learning Center or other MOBIUS libraries. If you are unable to locate the material you need, please contact Interlibrary Loan by filling out the Article Request Form.

The first step is to choose a topic within the parameters set by a central research question. Always keep in mind the purpose of a literature review is to represent previously conducted research and its developments related to a specific research question.

3. Decide where you will search for sources and start searching

Make a plan that details where you will search for source material for your literature review.

Some questions to help you analyze the research:

(From the University of West Florida)

Ways to Organize Your Literature Review

Chronologically by Events
Writing your review chronologically by source publication date should only be followed if a clear path of built upon research that follows a clear chronological order of development can be identified. For example, a literature review that focuses on continuing research about the emergence of German economic power after the fall of the Soviet Union.

Thematically (“conceptual categories”)
Thematic reviews of literature are organized around a topic or issue, rather than the progression of time. The only difference here between a "chronological" and a "thematic" approach is what is emphasized the most. For example, a review of the Internet’s impact on American presidential politics could focus on the development of online political satire. While the study focuses on one topic, the Internet’s impact on American presidential politics, it will still be organized chronologically reflecting technological developments in media. Note however that more authentic thematic reviews tend to break away from chronological order, shifting between time periods within each section according to the point being made.

Methodologically
A methodological approach focuses on the methods utilized by the researcher. For example, a project on the Internet in American presidential politics might look at cultural differences between the portrayal of American presidents on American, British, and French websites. Or the review might focus on the fundraising impact of the Internet on a particular political party. A methodological scope will influence either the types of documents in the review or the way which those documents are discussed.

(Adapted from "The Literature Review"  from Organizing Your Social Research Paper, University of Southern California)

Literature Review: An Overview for Graduate Students (from North Carolina State University Libraries)
This tutorial is an excellent resource demonstrating how to conduct a literature review. 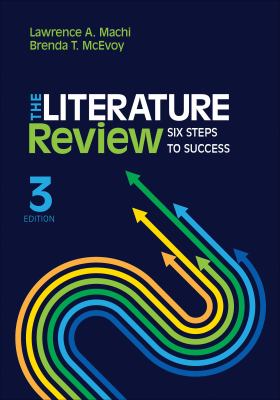 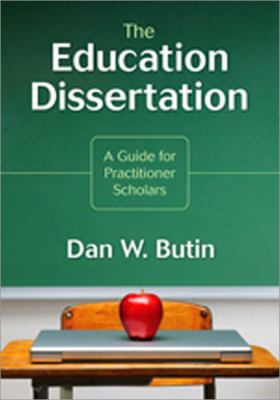 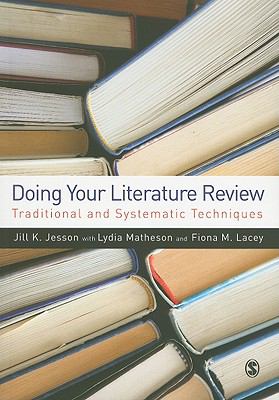 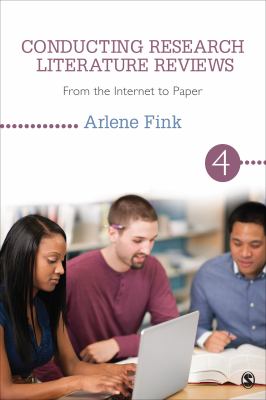