A guide to American Literature tools and resources in MBU Jung-Kellogg Library, as well as the Internet. 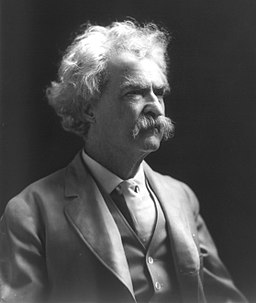 Welcome to the American Literature guide. This guide is intended as an introduction to resources on American Literature, literary research methods, and the library's other resources. This guide will cover how to find books and journal articles for your research, introduce the major databases and reference sources for American literature, and also provide other useful tips for information searching and managing your research.

How to Use this Guide
Located on the tabs are different resources- books, journals, websites, etc. Click on a tab and a page appears listing specific resources about American literature. For example, under the "Find Books" tab is a list of books located here in Jung-Kellogg Library about this subject.

The earliest colonial literature consisted mainly of religious and political tracts. The period of the American Revolution was dominated by political writers, and American literature came to its full maturity in the works of the New England writers Nathaniel Hawthorne, Ralph Waldo Emerson, and Herman Melville, the poets Walt Whitman and Emily Dickinson, and the humorist Mark Twain in the late 19 century and early 20th century. The vitality of 20th century American literature is most evident in the novel, practitioners of which include William Faulkner, John Steinbeck, Vladimir Nabokov, Thomas Wolfe, Norman Mailer, Saul Bellow, Gore Vidal, Kurt Vonnegut, John Updike, and Thomas Pynchon.

Where to Start Your Research

Begin your research with reference sources, such as those listed below, along with other titles in the library's resources. These resources provide contextual information about all different topics.  They offer a general understanding that paves the way to a deeper comprehension of a topic.